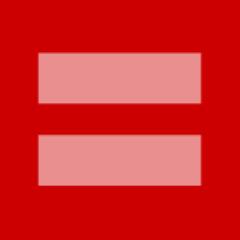 Email ThisBlogThis!Share to TwitterShare to FacebookShare to Pinterest
Labels: Marriage

I have to admit to a certain amount of surprise at the amount of momentum the LGBT rights moment has gained since the 2012 elections.  It's a pleasant surprise, to be sure, but my more pessimistic side was expecting resistance to temporarily increase - the religious right's last big push, as it were.

That could still be coming, of course.  As social conservatives find themselves increasingly outnumbered, desperation may push them to extremes before the fight is over.  And the Supreme Court has yet to issue its own verdicts that could further alter the political landscape.

For now, though, the good news keeps rolling in.  The latest positive signs of change:

-Rob Bell has officially come out in favor of marriage equality.  This is perhaps the least surprising of the three, given how quiet he has remained on the issue for quite a few years, but it's still a telling sign of the changes taking place even within the evangelical community.

-Less expected was Senator Rob Portman's change of heart.  It's not every day that a staunch social conservative - even one with a gay family member - does a 180.  And whether it was a sign of courage or political expediency on his part, every ally counts.

-This year's CPAC gathering was also quite revealing.  When opponents of gay rights are outnumbered by supporters at a conference full of Republicans, even the most pessimistic have to admit things are looking up...
Posted by Eugene at 3/18/2013 05:30:00 PM No comments:

There's no question that general acceptance of LGBT individuals is at an all-time high.  Enough Americans now support their gay neighbors that even Republicans are beginning to jump onto the bandwagon in meaningful numbers.

Even so, there's still enough anti-gay sentiment in the world that it's helpful to be reminded that many straight people are on our side - people who could choose to sit quietly on the sidelines at little or no cost to themselves.  A few such stories, to brighten your weekend...

-Brian McLaren talks about the Sunday that catalyzed his journey toward acceptance.

-Another pastor shares why he opens his church's doors to everybody.

-A straight guy exhorts his friends to consider how their words affect others.