They say it's what you make
I say it's up to fate
-Imagine Dragons, "Demons"

Growing up in a fundamentalist environment, one is conditioned to view the world in stark "us vs. them" terms.  Outsiders are recognized as human beings (united primarily by our "sin natures"), but they're still viewed as fundamentally different.  "Our" beliefs not only set us apart but make us superior - wiser, more virtuous, favored by God - even if it's not stated so explicitly.

As such it's an adjustment for those of us who break free from our sheltered upbringings to adapt to the fact that "the world," far from being the shadowland of murky grays and inky blackness that we were scared into avoiding, is a diverse and colorful realm populated by people who, while admittedly flawed, are far more complex and three-dimensional and alive than we ever dared imagine.

Corollary to that is the eventual realization that the fundamentalist community one came from is far less unique than its members think themselves.  This is most evident in comparison to the many other religious groups (Christian, Muslim, Jewish and otherwise) throughout history that have seen themselves as uniquely favored by God (or the gods, or whatever), but the ways in which we are alike aren't limited to religious belief.

Take the New Atheists, whose adherents seek to convert others to atheism with a zeal to match that of any Christian evangelist.  While their enthusiasm for making new disciples cannot be accurately described as "religious" (for obvious reasons), that is the only sense that sets them apart from their religious counterparts.  Underneath, we're not really all that different.

Or take the many forms of determinism that have appeared in philosophy and theology throughout history.  Fatalistic thought is not limited to the religious realm by any means.  But while a Calvinist, a Sunni Muslim and a materialist might all object violently to the notion that they have anything in common (and would no doubt bristle at being described as "fatalistic"), to the extent that they believe that individuals cannot meaningfully alter their own destinies, they do have something significant in common with each other (and with millions of others throughout history).

The adage "history repeats itself" has become so overused that it's often little more than a political talking point anymore.  To the fundamentalist (religious, atheist or political), failure to heed the superior wisdom of the chosen few is the primary reason that history's mistakes occur over and over.  To the determinist, it's God's will, or our DNA, or the workings of Fate that prevent us from breaking those cycles.

But if history's negative cycles can be broken (a goal worth striving for, even if it turns out to be nothing more than our DNA programming us to try), perhaps our best starting point lies in acknowledging just how much we have in common, rather than in trying to set ourselves apart from the rest of the world.
Posted by Eugene at 5/31/2013 10:24:00 PM No comments:

Email ThisBlogThis!Share to TwitterShare to FacebookShare to Pinterest
Labels: Doubt, Stages of Faith 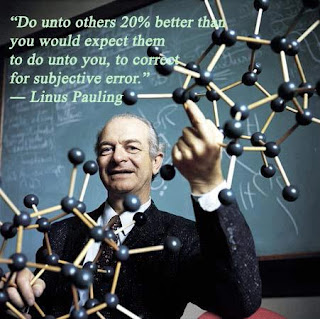